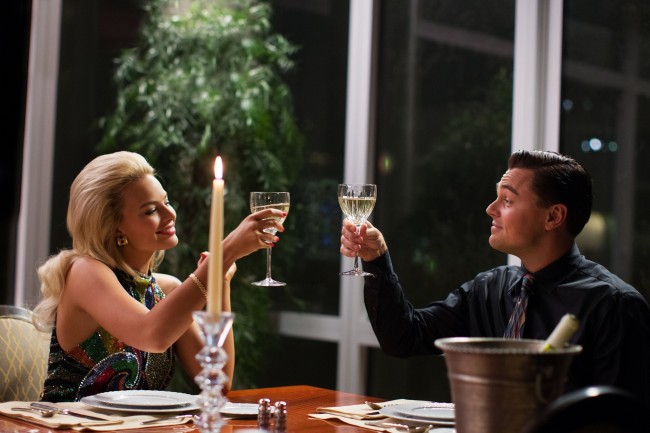 The Wolf of Wall Street was based on the true story of Jordan Belfort, from his rise to a wealthy stockbroker living the high life to his fall involving crime, corruption and the federal government. Leonardo DiCaprio depicts a suave, brilliant business man devouring life at an insatiable speed. The films itself was a staggering three hours of living the high-life to absolute debauchery. In it’s finer moments, the costumes and cast are beautifully touting the highest quality of, well, everything! We at Bel Air Jewelry were inspired to nudge the men out there to reach for classier attire. Check out our white gold sapphire diamond cufflinks, and don’t be afraid to let your inner class extend outward… just don’t go Belfort on us!

Leonardo Wilhelm DiCaprio, born on November 11, 1974, is an American actor and film producer. He has been nominated for three Academy Awards and nine Golden Globe Awards. He won the Golden Globe Award for Best Actor for his performance in The Aviator (2004). If your birthday is also in November your month is shared by these famous celebrities: